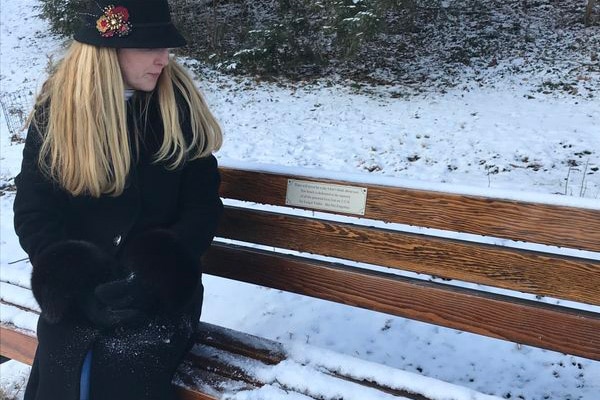 29 Jan 1 year after UH embryo and egg loss, what has changed?

Posted at 22:29h in Uncategorized by kevin conway
0 Likes

BEACHWOOD, Ohio – Walking through her basement, Mary-Michelle Coleman-Walsh spots the box of baby clothes she’s been saving for a child she’ll now never have, and once again she’s filled with anger and frustration.

Even though she has three children, Coleman-Walsh and her husband Kevin Walsh, of Chagrin Falls, looked forward to adding a fourth child by implanting a frozen embryo they had stored at UH’s Ahuja Medical Center in 2012.

Then in early March 2018, the fertility freezer storing her embryo failed, rendering hers and 3,999 other eggs and embryos nonviable. Since then, the incident has served as a wake-up call for many in the fertility industry.

“Almost every day, there are negative emotions from this one event that affected my life,” reflected Coleman-Walsh, 43.

For her, this past year has been one filled with anxiety and depression. A year of telling her young children that mommy is crying for their sibling in heaven. A year of arguments with her husband over whether to try another round of IVF in hopes of achieving another pregnancy, even though her eggs are older.

Out of tragedy, comes change

As the one-year anniversary of the UH fertility freezer failure approaches, the incident is still fresh in the minds of many. Patients still grieve. Attorneys continue to fight for answers. And regulators try to prevent something like this from happening again.

Stricter fertility center protocols and the ongoing lawsuits against UH and equipment manufacturers are evidence the incident is serving as a wake-up call for many.

About 70 lawsuits against UH have been filed in Cuyahoga County Common Pleas Court, and that number continues to grow. The court is still hearing preliminary motions, and no court dates have been set. On Jan. 24, eight additional lawsuits targeted UH and DataLoggers, Inc., the company that installed and monitored the alarm system used at Ahuja.Six of those suits were filed in Geauga County Common Pleas Court because DataLoggers is based in Chesterland. Two additional lawsuits were filed in U.S. District Court because the plaintiffs live outside Ohio.

“We recognize the impact this event has had, and we remain deeply sorry for how it has affected our fertility center patients and families,” a UH spokesman said in a statement released in mid-January. “In addition to providing affected patients with ongoing, free fertility services tailored to their individual clinical needs, we have made significant enhancements at the fertility center and have embraced and continue to reinforce a culture that encourages our physicians, nurses and staff to speak up when they see ways to further increase the quality of care we provide to patients.”

After the additional lawsuits were filed at the end of January, UH released this statement: “UH has worked with fertility center patients and their lawyers over the past year to negotiate a significant number of settlements and will continue offering resolution alternatives to our patients who want to avoid the time, expense and anxiety of litigation,” the statement continued. “Out of respect for all of the families impacted by the event, and respect for the Court in Cuyahoga County, where these same issues are being heard, UH will not provide any further comment at this time.”

DataLoggers has been named because a hospital inspection report from the Centers for Medicare and Medicaid Services found problems with the remote alarm system on Ahuja’s fertility tank, made by DataLoggers,according to the lawsuits. The alarm system was designed to call a list of staffers to alert them to changes in temperature, but the contact person did not receive notice during the weekend when a problem arose, CMS found during interviews with Ahuja staff.

Furthermore, the fertility clinic had designated only one person as the emergency contact, instead of the three people recommended by the freezer tank manufacturer, CMS said.

In its plan of correction submitted to CMS, the hospital said it purchased four new liquid nitrogen tanks for egg and embryo storage, and implemented new procedures for preventive maintenance of the fertility freezers. All liquid nitrogen storage tanks now have a remote alarm that sends alerts to up to five people, UH said.

Because UH came back into compliance, no further action was taken, a CMS official said.

Since UH’s incident, national oversight organizations have made major changes.

The College of American Pathologists and The Society for Assisted Reproductive Technology have been working to update regulations for fertility clinics.

CAP is one of two national organizations – the other is The Joint Commission – that offers voluntary accreditation programs for embryology labs. SART, an affiliate of the American Society for Reproductive Medicine, a professional organization that publishes guidelines for its members, submits lab data to the Centers for Disease Control and Prevention and makes sure member labs adhere to ASRM’s ethics and practice guidelines and accreditation standards. CMS typically is involved only when a fertility clinic is located inside a hospital, like at UH.

“The events last spring made us take a look at the kind of kind of guidance we offer our members,” said Sean Tipton, chief policy officer for ASRM.

Likewise, Dr. William West, a pathologist who serves as an advisor to the CAP Checklist Committee, said a number of changes that have been made to the reproductive lab checklist are in direct response to what happened at UH and at a lab in San Francisco that had a storage tank malfunction during the same time period.

Those checklist changes include new rules on maintaining adequate temperatures and levels of liquid nitrogen in storage tanks, keeping backup liquid nitrogen on site and making sure there is a written procedure for responding to alarm systems.

“For reproductive medicine, these were significant changes,” West said. “There are likely to be additional changes for next year.”

West expects there to be new industry guidance on how best to monitor liquid nitrogen levels in tanks, such as switching to a weight-based model from a temperature-based one.

“There are different ways to measure,” West said. “Temperature is pretty crude.”

Industry groups like CAP can pull accreditation from clinics that don’t meet their standards. Using a team of volunteers from the industry, CAP performs routine inspections on each lab every two years.

“Hospitals often have people there 24/7. That’s not true in the great majority of these fertility labs,” said West, who started volunteering as an inspector 37 years ago and was the chair of the CAP Checklist Committee until December. “If you have a really critical failure, it can just be a matter of hours before you lose the critical tissues.”

Coleman-Walsh feels that loss every day. To her family, those tissues could have been a future child.

When the March anniversary arrives, Coleman-Walsh thinks she may mark it by taking her kids to the Cleveland Metroparks Zoo to visit a memorial bench near Waterfowl Lake that bears a plaque honoring the lost eggs and embryos.

“My kids love it there. They don’t know why mommy has to stop there every time,” Coleman-Walsh said. “It always makes me feel like I’m thinking of her or him. Sometimes it makes me feel better.”

If you or your family have been the victim of the embryo disaster at University Hospitals Fertility Clinic (or any fertility clinic), please Contact the Fertility Lawyers at Peiffer Wolf Carr & Kane for FREE Consultation by filling out our simple online Contact Form or by calling 216-589-9280.